Will we ever learn? 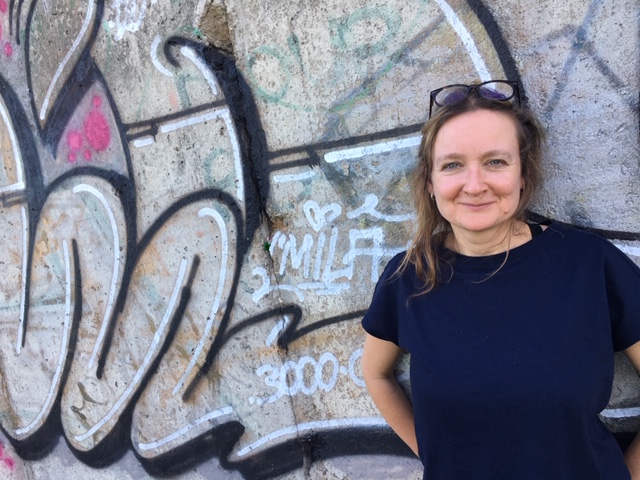 I was born in Hull in the 1970s. Back then, it was a largely monocultural place.  I hated school. I remember my history lessons as the industrial revolution on never-ending replay – like a spinning jenny over and over, year after year.

I have often wondered why the slave trade or colonialism were not part of those lessons. Especially since William Wilberforce, anti-slavery campaigner at the height of the industrial revolution, was born in Hull.

And I wonder if things would be different now if children born in the UK in the latter part of the 20th century, like me, had learnt more about Britain’s colonial history?

More than three decades on from my school days, I am spending my Friday night in lockdown listening to a Zoom conference organised by Bail for  Immigraiton Detainees (BID) on what we must learn from the Windrush scandal.   Anthony arrived in the UK from Jamaica when he was an eight-year-old boy. Now in his 60s, he talks about recently being held in immigration detention because he could not prove he was British. The evidential threshold was so high and the Home Office so inhumane and target driven, that Anthony had an enormous battle just to prove he was a citizen of the country where he had lived and worked for more than 50 years. Finally, the Home Office has acknowledged he is British. But he is still waiting for compensation. Other people caught up in the Windrush scandal and hostile environment have not been as ‘lucky’ as Anthony and have returned to countries they had left over 50 years ago.

The government was warned many times that its policy of creating a hostile environment would inevitably hit British citizens like Anthony. But these warnings went unheeded.  And it’s clear that the Kafkaesque bureaucracy at the Home Office is well entrenched.  Policies of the hostile environment, such as the punitive and discriminatory right to rent scheme, continue unabated.

The Windrush Lessons Learned review highlights the ‘institutional ignorance and thoughtlessness towards the issue of race and the history of the Windrush generation within the department.’ It goes on to say  these are ‘consistent with some elements of the definition of institutional racism.’

In my 20 years of experience of working with immigrants in the UK, I know that Anthony’s experience of the Home Office is the norm: disbelief from officials; lengthy waiting times; flawed decisions; long appeal processes; complicated, obfuscatory asylum and immigration legal processes; and the continual threat and use of immigration detention. Wherever I have worked – legal organisations, human rights and children’s charities and now at Room to Heal – one question always comes up: is the Home Office just incompetent? Or is there something more sinister at play? Is it racist at its core?

As the legal manager of the family team at BID for 8 years I represented many parents who were detained in immigration removal centres with their children for long periods.  Separation of children from their parents was also common, often in dawn raids, and parents were sometimes detained for years, with no idea of when they would be released.  The best interests of the child were never properly taken into account. The impact on parents and children was devastating. They were treated appallingly and I will never forget their experiences.

At Room to Heal, I know people who have been in the UK for 20 years who are still going through the asylum and immigration system. All this time they have been in limbo, unable to work, not allowed a normal life, treated as subhuman.  The Home Office argues that allowing asylum seekers to work would be a pull factor, encouraging people to come to the UK. But there is no evidence of a correlation between the right to work and where people seek protection. What is clear though is the economic argument to let people work, where they can contribute to tax revenues and not rely on government asylum support.

It is sobering and heartbreaking to see that it is immigrant nurses, doctors and care workers that are doing more than their fair share of caring – and dying in the process – for Covid-19 patients. Earlier this year, when a member of our community at Room to Heal, after a ten-year wait was granted leave to remain, she immediately started working as a care worker. Another member who got refugee status last year recently started working as a security guard at a supermarket. Three weeks into lockdown he contracted Covid-19. He had known the risks, but he wanted to do his bit for society as a keyworker. They are not complaining, they want to work, they have been waiting to work for years.

There are many other people with professional skills – including medical professionals – who are keen to work but don’t have permission because they are still waiting for their papers.  What sense does this policy make – for them as individuals or for society?

All the panellists on the Learnings from Windrush Zoom conference were asked what needs to happen now – David Lammy MP, Dr Omar Khan, Director of the Runnymede Trust, journalists Amelia Gentleman and Maya Goodfellow, and Rudy Schulkind, Policy Manager at BID. Their concluding remarks laid bare how these scandals have been going on for years. Reviews are undertaken, institutional racism unearthed, recommendations put forward and yet nothing ever changes.

One of the key recommendations from the panel that struck a chord with me was one made by Dr Omar Khan. He stressed the need for better teaching of our history to Home Office staff but more importantly that Britain’s history of migration, colonialism and enslavement, should be extended to schools, so that all British children learn this history, and its ongoing effects as a matter of course.  I am reminded of my own education and saddened that we haven’t moved on that much at all. Black History month is a start, but only that.

Will we ever learn?  Many of us are asking ourselves what will change post-lockdown, hopeful that there are opportunities for fundamental change. I hope that how we treat ALL people of colour in this country will change. I hope we start to teach ALL our children about migration, colonialism, enslavement and racism in the UK. I hope we recognise the huge contribution that BAME people make in our society.  And right now we could end some of the most cruel and inhumane policies in the UK. We should end immigration detention – it serves no purpose.  And we should LIft the Ban and let people work as soon as they apply for asylum in the UK.