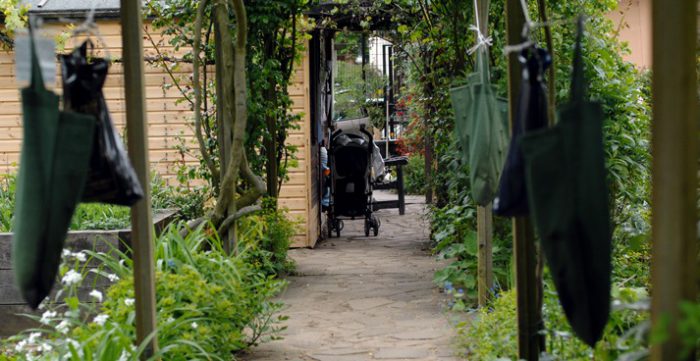 Ben is 32 and from Uganda. He was born in a region where a bitter civil war has been waging for decades. Ben was among the fortunate few who managed to escape as the rebel forces wreaked havoc, abducting tens of thousands of children.

When Ben was 12 he received the devastating news that his parents and three siblings had been killed. Two of his siblings were abducted by rebels and remain unaccounted for. Ben was then looked after by a relative.

He studied politics and developed a keen interest in the political climate around him. He was doing well in his studies and became active in the student movement campaigning against the Government. Ben was arrested and detained. He was charged with treason and felony and imprisoned without trial.

‘I am not human anymore’

Ben spent months in a ‘safe house’ where he was kept in solitary confinement and routinely interrogated and tortured. Ben’s body suffered inordinate damage and he is scarred for life. He was smuggled out of the safe house and his escape from Uganda was arranged. Ben arrived in the UK: weak, traumatised but with hope. He believed that he could build a new life. After a long interview with the Home Office, Ben’s application for asylum was refused. He appealed and attended a tribunal hearing with a legal representative. His appeal was dismissed on asylum and humanitarian grounds.

‘From that moment on I have always been in prison’

Ben was homeless for 10 months, through a long and harsh winter. During his assessment at the Helen Bamber Foundation, it became clear that Ben was suffering from chronic post traumatic stress disorder. He was profoundly depressed and suicidal. Only respect for his father’s faith had prevented him from ending his life. Ben was losing all hope in life and humanity. He was referred to Room2Heal where he began to meet with other men in a similar situation to himself.

‘My friends have saved my life’

Ben speaks of Room2Heal as his lifeline. Years of brutal treatment had severely compromised his trust in other people. Over time, Ben has engaged well with his therapist and started to connect with other men in the group. He goes out of his way to welcome new members. Ben understands the pain of isolation only too well and is a solid, compassionate source of encouragement for others. He enjoys the storytelling group and performs with honesty and humour. Ben has moved rapidly from being a man devoid of all hope to being a source of support and inspiration for the group. He now aims to study law and represent other victims of human rights’ violation.